The esophagus, or food pipe, is the muscle that transports food and liquids from the mouth to the stomach. It is possible to be unaware of your esophagus until you consume something that is too huge, too hot, or too cold.

Esophageal disorders are a group of diseases that affect your esophagus functioning system. These might range from common illnesses like gastroesophageal reflux disease (GERD) to swallowing and motility issues and even rare, difficult-to-diagnose conditions.

We combine highly developed diagnostic techniques with cutting-edge imaging methods and testing to treat esophageal disorders. We use a minimally invasive strategy with an integrated and thorough approach to treating a range of conditions, such as:

You may experience different symptoms or signs based on the esophageal disorder you have.

From injections to minimally invasive surgery, we identify the treatment that suits your needs and medical goals.

Medications are frequently combined with lifestyle changes to manage GERD symptoms, such as heartburn. Your physician may recommend that you initially try over-the-counter acid-controlling drugs. If these don’t work, they may prescribe acid-reducing H-2-receptor blockers or proton pump inhibitors (which block acid production and help heal the esophagus).

Our team uses an endoscope to inject a solution into the esophageal sphincter during this outpatient surgery. This injection causes temporary muscle paralysis, alleviating Achalasia symptoms and other swallowing difficulties.

Esophageal balloon dilation is a technique that allows your doctor to enlarge a constricted part of your esophagus using a balloon attached to an endoscope. When inflated, the balloon extends the too-narrow part of the esophagus. Dilation can alleviate swallowing difficulties and severe heartburn symptoms.

At Novomed, we use endoscopies to identify and treat esophageal disorders innovatively. A flexible scope equipped with a camera is inserted through the mouth and into the esophagus. The scope’s photos enable our staff to identify if you have an esophageal disorder. We can also attach surgical instruments to the endoscope to perform many non-invasive procedures.

Fundoplication surgery treats gastroesophageal reflux disease (GERD) and Hiatal hernias. During a laparoscopic fundoplication, the top part of the stomach is tied around the end of the esophagus using minimally invasive instruments. The knot stops stomach acid from backing up into the esophagus, alleviating GERD symptoms.

Transoral incisionless fundoplication (TIF) is an advanced endoscopic surgery that relieves acid reflux (heartburn) symptoms associated with gastroesophageal reflux disease (GERD). The physician inserts the endoscope through customized TIF equipment that allows the physician to restore or reconstruct the body’s natural barrier against reflux. It employs forceps (tweezers) and fasteners that are preloaded and requires no incision.

This method is often employed to treat Barrett’s esophagus or esophageal cancer in its early stages. A liquid nitrogen spray is utilized during the surgery to freeze and destroy precancerous or cancerous tumors in the esophagus.

Esophageal disorders can be complicated and necessitate treatment by specialists well-versed in the most recent research-based treatments.

Our multidisciplinary team combines technological expertise with breadth and depth of knowledge in all esophageal-related fields. In addition to gastroenterologists and certified surgeons, our team at Novomed consists of oncologists, radiologists, otolaryngologists, pulmonologists, and speech and physical therapists.

Schedule an appointment to learn more about our services by calling the toll-free number 800 (NOVO) 6686 or filling out the booking form below. 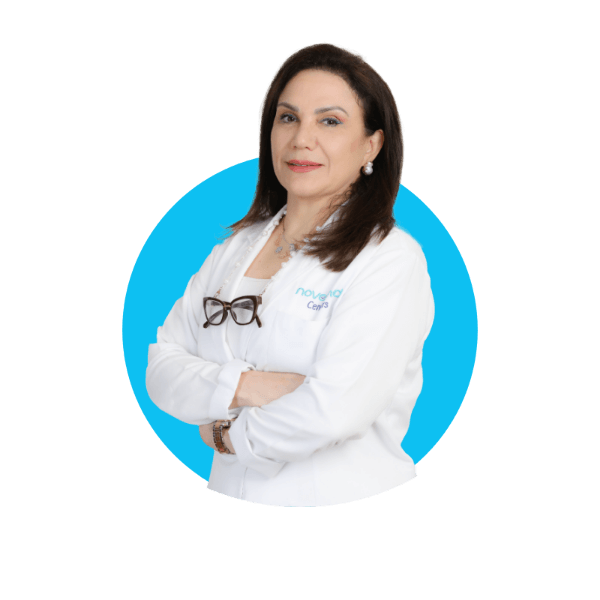